Board of Directors Profiles

Jeremy Schuster has served as a director since incorporating Calcutta Kids in 2004. Mr. Schuster is an attorney who pioneered the concept of the “mobile law office,” bringing computers onsite and onto the set of film productions in the early 1990’s.
Mr. Schuster has served publicly traded companies as well as 501(c)(3) charitable organizations. He maintains an active corporate and civil practice under the name “Schuster & Associates,” but prefers spending time training and competing with his Rottweiler, Mack, working with Rottweiler Rescue of Los Angeles (another 501(c)(3)), and other non-remunerative pursuits. Mr. Schuster is also an accomplished sailor and pilot.

Mr. Schuster graduated from Rochester Institute of Technology in 1986 with Associate of Applied Science and Bachelor of Science degrees. He thereafter received a Juris Doctor from Suffolk University School of Law. 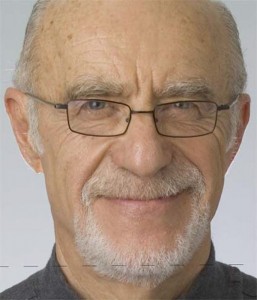 Alan Berg served on The White House Staff under Presidents Kennedy and Johnson and as Deputy Director of the Food for Peace program. He then served as Chief of Food & Nutrition for the Agency for International Development in India and Coordinator of international food aid during the Bihar Famine. For these efforts, he was awarded the U.S. Government’s award as its Outstanding Young Civil Servant. Following his years in India, Mr. Berg was a Senior Fellow at The Brookings Institution, a Belding Scholar, and a Visiting Professor of Nutrition Policy and Planning at MIT. At the National Academy of Sciences, he chaired the Nutrition Panel and was responsible for its World Food & Nutrition Study. He also chaired a Bellagio Conference on Nutrition and co-chaired a White House Interagency Nutrition Task Force, and an International Conference on Nutrition, National Development and Planning at MIT. For 23 years he was an official of the World Bank, serving most of that time as Senior Nutrition Advisor. One of his six books, The Nutrition Factor: its role in national development”, was nominated by Brookings for the National Book Award. He also has published in Foreign Affairs, The New York Times magazine, The New Republic, and The Harvard Business Review. In 2003, Bon Appetit!, the CD album of nutrition education songs that he conceived and developed, won the Grammy Award as the Best Children’s Album of the Year. In 2008, he was one of the first three recipients of a new United Nations award for “outstanding lifelong contributions to international nutrition.” 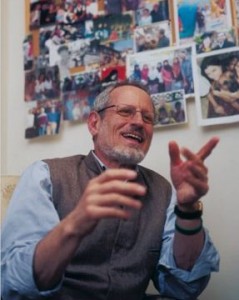 F. James Levinson, Ph.D. is on the faculty of the Friedman School of Nutrition at Tufts University, the Boston University School of Public Health and the University of Massachusetts School of Public Health and Health Sciences. Earlier he served as Director of the International Food and Nutrition Center at Tufts, of the International Nutrition Planning Program at MIT, and of the Office of Nutrition of the U.S. Agency for International Development in Washington. In addition to his teaching, he has been actively involved in research and consulting activities for the World Bank, UNICEF, the Micronutrient Initiative, USAID, Save the Children (US) and the Global Alliance for Improved Nutrition (GAIN) for which he served as Chair of the Independent Review Panel. He worked closely with the World Bank-assisted Bangladesh Integrated Nutrition Project since its inception in the mid-1990s, with the Integrated Child Development Service programs in India and with similar programs in southern and eastern Africa. Levinson also served as spiritual leader of Jewish synagogues in New England for 25 years.

← Back to About Us