The Next Generation of Development Workers 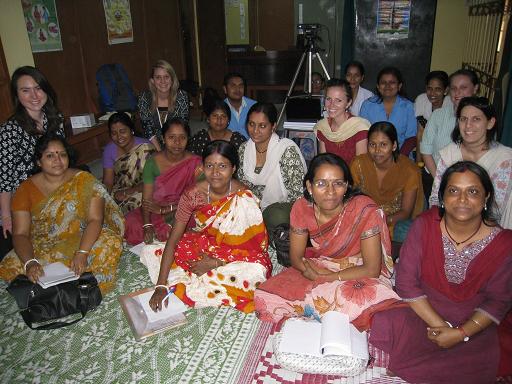 While not a primary objective of Calcutta Kids, one of the roles we have found ourselves embracing is that of a mentoring organization for the next generation of western development workers. The organization is, in fact, flooded with applications from students seeking internships with Calcutta Kids (from which, unfortunately, we’re able to accept only a limited number.) Maybe this burst of interest is because Calcutta Kids was itself started by a young Westerner with whom young people can identify, perhaps it’s because Calcutta Kids embodies for some, what Nicholas Kristof refers to as the D.I.Y. (Do It Yourself) Foreign-Aid Revolution , or maybe it’s simply because of our clear objectives and proven track record. Whatever the reasons, we have, in taking on interns, been entrusted with an important responsibility, one we take very seriously.

Since Calcutta Kids Trust commenced its work in 2005, we have had the opportunity to work with over 20 undergraduate, graduate, and post graduate student interns from Europe and the United States, most of them having a public health interest or background. These interns usually spend between 2 and 10 months working on a specific project with clear objectives and an achievable if strict timeline. Projects range from illness-specific training and treatment protocol development to project evaluation to website development. The internships to date have been overwhelmingly positive for both the interns and for Calcutta Kids.

Apart from the value of their projects – which have invariably been valuable to our on-the-ground operations, these students have often opened their networks to Calcutta Kids for fundraising purposes, an unexpected but much appreciated by-product of the internship. When queried about it, they indicate that having seen the inner workings of the organization at close quarters – having participated in such a range of activities, been privy to managerial deliberations and financial records and having seen first hand the effects CK are having on these disadvantaged families, they believe sincerely that this is an organization they’d now like to support financially.

So along with providing an opportunity for this next generation of development workers to put into practice the theories and concepts they’ve learned in school, the Calcutta Kids’ internship program allows young persons to see and experience the workings of an organization guided both by values and by evidence. We hope that through our role in mentoring this next generation we can not only encourage replication of some of CK’s successful models, but, perhaps more importantly, inspire these young people to take the lessons and values gleaned from CK into their future work. – Noah Levinson

This entry was posted in Calcutta Kids Blog and tagged accomplishments, partnership, training. Bookmark the permalink.