Posted on December 12, 2011 by Calcutta Kids| Leave a comment

Recently Calcutta Kids held a graduation program for children who participated in a 6 month trial to address severe malnutrition in Fakir Bagan. The thirty-three children enrolled in YChiNG (Young Child Nutrition Group) were invited to a weekly feeding and GMP session at the DTC. They had access to the Calcutta Kids pediatrician, free medications and micronutrient supplements, and free routine and follow-up pathological tests. Read more about the YChiNG trial here. 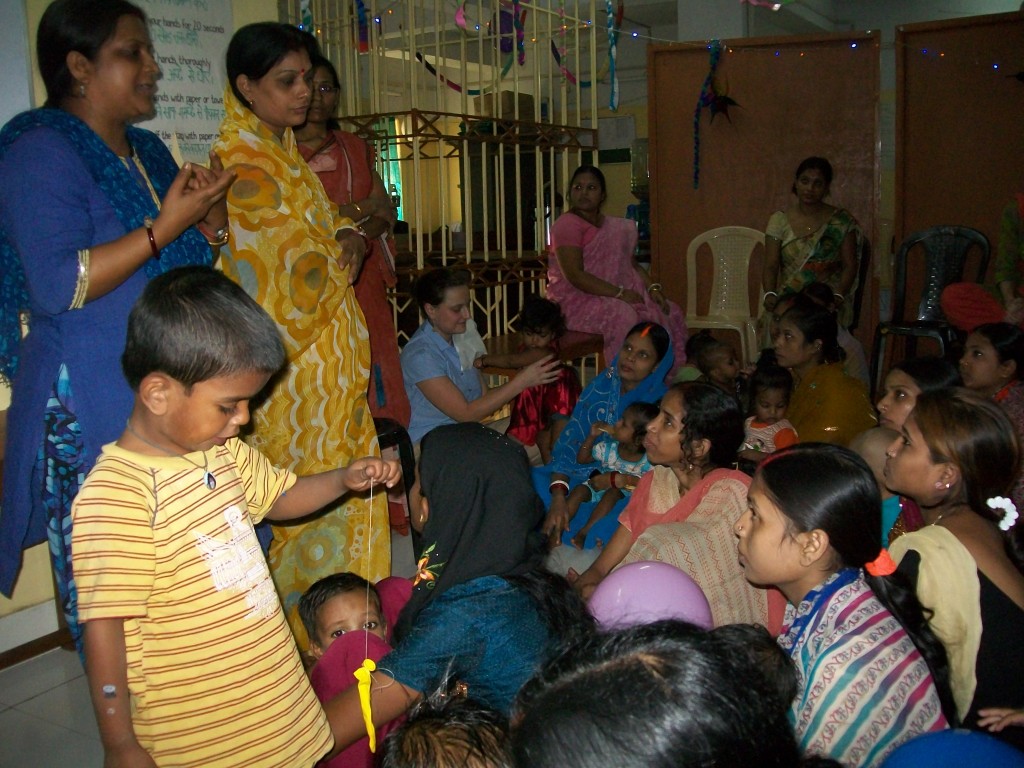 The graduation program marked the close of the YChiNG trial and was an opportunity to celebrate with the mothers and children who had participated in the program. Some children made remarkable strides in weight gain and growth, while those who did not fare as well (mainly due to lack of attendance) were given encouragement and asked to return for weekly meeting sessions.

The graduation program was a fun event that mothers and children enjoyed thoroughly. The MYCHI Program Coordinator, Sumana, talked about the YChiNG program and its impact. She thanked the mothers for participating and working hard to better the nutritional status of their children. Three mothers shared their stories and experiences with YChiNG. Rekha Shaw, whose youngest daughters Rani and Madhu participated, spoke about the improvements she had seen in her girls because of the program. Shanti Shaw, whose son Sujay had been hospitalized a year earlier due to severe malnutrition, described his recovery and how they were assisted by Calcutta Kids. Sabitri Prajapati spoke about her son Ayush who was born with low birth weight and was not growing well until he participated in the YChiNG program.

Mothers and children had lunch together, with mishti (sweets) and tea afterwards. We listened to Hindi music, and watched the children dance. At the end of the program, Calcutta Kids gave each child a colorful melamine bowl and spoon to encourage enjoyable, active feeding at home. -Danya Sarkar